Growth of the Church.

I was browsing through a 2010 Church Almanac the other day and was amazed at the growth of the Church in the area of my Mission. For just one example, in my last area I was zone leader in Trujillo, Peru in 1968. 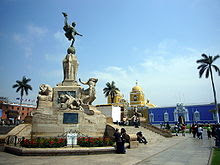 and our zone included Chiclayo also. 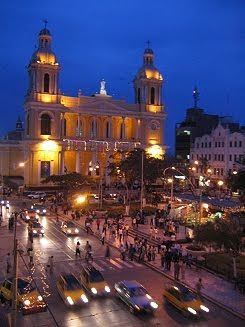 If I remember correctly it was 6 missionaries and 2 branches.

From the Almanac I count 5 stakes in Chiclayo and 8 in Trujillo identifiable by name. There is also a mission headquartered in Trujillo. When I was there, there were no stakes in the entire mission (Andes mission including Peru, Ecuador, and Columbia by the time I left.)

There has also been a temple announced for Trujillo, the 2nd in Peru.

The Trujillo Perú Temple is currently in the planning and approval phase. No groundbreaking date has been announced.

Renderings of the Trujillo Perú Temple and site plan will be released once they are approved and become available.

In its announcement the First Presidency stated, "We are confident that this will be a blessing to the many faithful Saints in this and surrounding areas who have had to travel long distances to enjoy the blessings of the temple. We commend the Saints for their devotion and faithfulness, and are thankful for the blessings that will come to them through the construction of this new temple." The temple will serve more than 88,000 members in the region.1

Peru's only operating temple, which currently serves 115 stakes and districts, was dedicated in Lima by President Gordon B. Hinckley in January 1986. Members in Trujillo currently travel 9–10 hours by bus to attend the temple, which is exceptionally busy on Saturdays. Buses arrive from all over the country full of patrons, who contentedly wait outside the temple—sometimes for hours—for their turn to get inside to participate in sacred ordinance work.2

Posted by Grandpa Lawrence at 9:18 PM

I went to Trujillo when I was in South America, and I met a family you knew there. They killed a fatted chicken in my honor, but, alas, I had to leave to catch my ride back to Lima and left the chicken, unplucked, under the sink. As you can imagine, it was a memorable visit. Growth: amazing to be sure!

Wow, that is amazing!! I don't think there would be anything even remotely like that much growth in my mission. However, there is now at least one Stake--maybe more--and a temple announced in Rome, which was not my mission but is at least in the country. Right now, they must travel to Bern, Switzerland to attend the temple.

Good to hear from you! That is pretty amazing.

Does it make you want to go back - for a visit?

Such a joy to see the blessings of the temple reaching so many new areas. A blessing for not only the saints and also for he entire community.